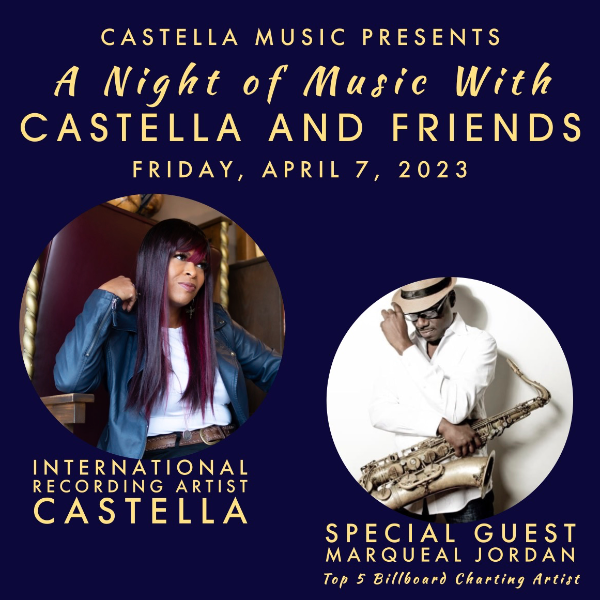 with Castella and Marqueal Jordan

Please join Castella for a very special night of music. Live music is back at the Stand Up Comedy Club. All jokes aside, this evening will be for those who enjoy quality smooth jazz, soul and R&B music.

Castella Music will only bring the best musicians to you, so you don't want to miss this very special show! 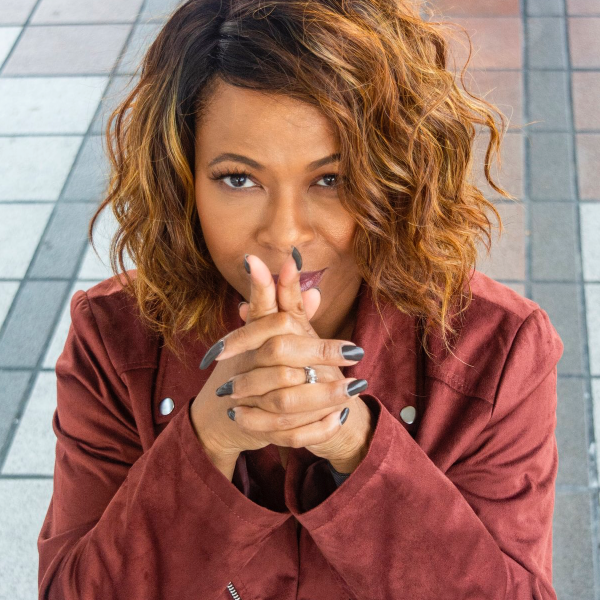 Castella hit the music scene as an unknown artist, but quickly won the hearts of radio & fans with her unique sound; it was different, refreshing… new.  Along with her sound, comes a story of sudden loss of her career and stability, only to be thrusted into the music business utilizing gifts she’d had all along.

Recording and releasing her first EP in 2019, Castella released her first radio single “No Ordinary Love” in April 2020.  She went on to pen and subsequently release the title track of her second EP “Let Me Love You” on September 7, 2020, her birthday.

A Christmas cover tune would follow – Sleigh Ride.  In 2021, Castella released two more songs from the EP, So Glad I Met You featuring Willie Bradley and the Central Standard Time Show Groove. Waiting in the wings were two covers, My Funny Valentine and So Into You, which were released along with the EP “Let Me Love You – the EP” on January 7, 2022.  Castella recorded and released her second Christmas song, but this time an original song, “And So It’s Christmas” which is sure to be a classic!  As Castella sits at the beginning of 2023, she brings to us another original song, “I Saw You.”  Written by Castella with music produced by renowned producer, David P. Stevens, with help from saxophonist Marqueal Jordan, January proves to be the start of things for the singer songwriter.

Castella’s music has graced numerous charts including Billboard, Smooth Jazz Network, Smooth Jazz Global, as well as many international charts where she has hit #1 and cracked the Top 10 in Canada, Italy and the UK.  This is remarkable for an individual who dared to dream, and dared to take a chance.  Castella is truly living her bliss. 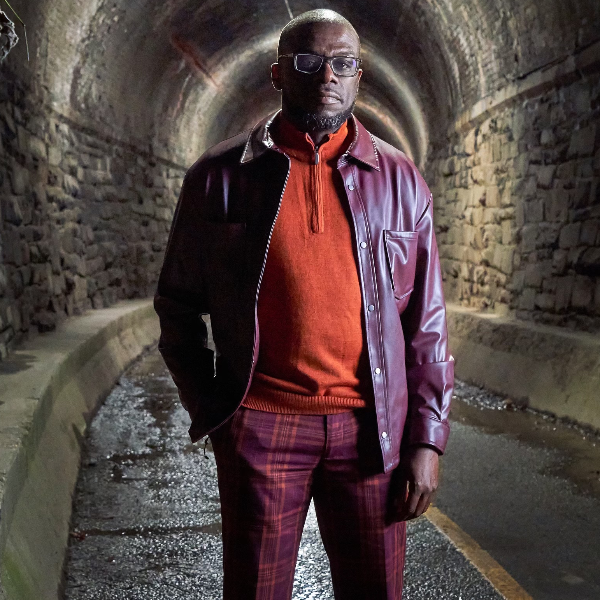 A Los Angeles native who spent his teen years in Kansas City, KS, Marqueal has been based in the music-rich city of Chicago since 1995. Moving to the Windy City after earning a Business Administration degree at the University of Kansas, Marqueal began paying dues by playing gigs in every musical style imaginable. In those early years, he earned his reputation as a seasoned and magnetic performer. Marqueal was the frontman for the critically acclaimed local original band Fat Time and a member of the spin-off band, Starcandy. By the early 2000s, he was highly in demand to perform with the top musicians and bands in the city.

In 2008, Marqueal met Smooth Jazz star, Brian Culbertson. Impressed by his playing and singing, Brian offered Marqueal a spot in his touring band. Over the next ten years, Marqueal traveled the world with Brian, appeared in two DVDs, and was featured on four albums. The exposure gave him the confidence and desire to become a solo artist.

Marqueal was proud to be recognized by the Chicago Defender as a Man Of Excellence in 2014. Father, mentor and friend to many, Marqueal Jordan is a humble man who is focused on achieving greatness through his music and his deeds.

Please join Castella for a very special night of music. Live music is back at the Stand Up Comedy Club. All jokes aside, this evening will be for those who enjoy quality smooth jazz, soul and R&B music.

Castella Music will only bring the best musicians to you, so you don't want to miss this very special show!