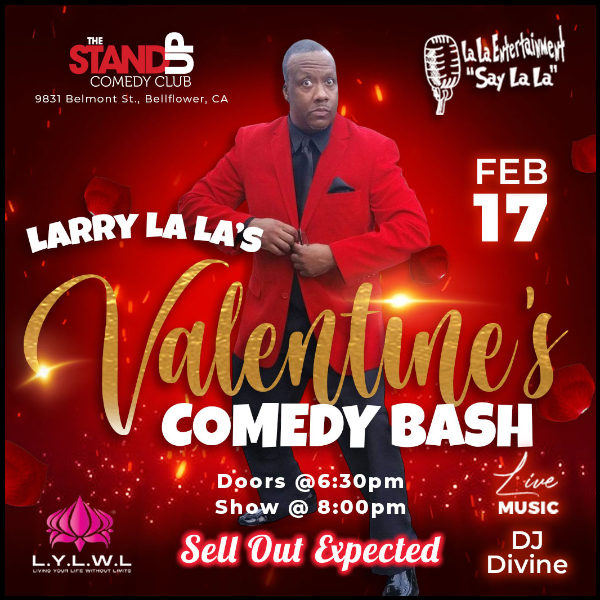 Congratulations on a SOLD OUT show to Larry LaLa

Get ready to have some of the best comedians in the business make you laugh your hearts out.

We can't wait to see you there! 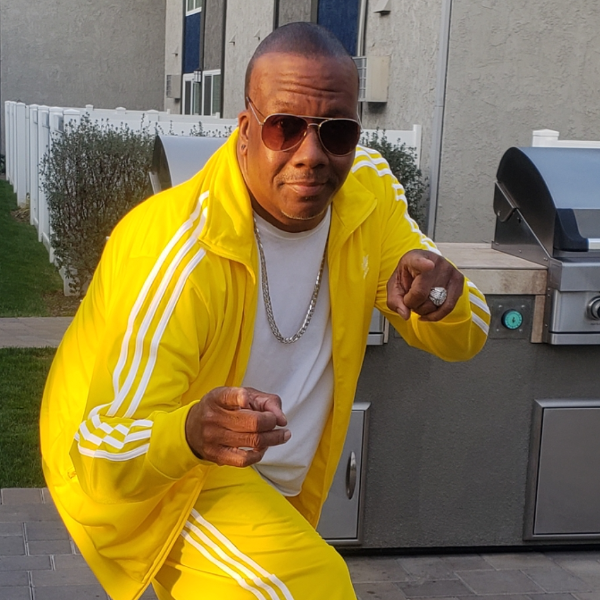 Combined with his experience in radio and Television has brought a delightfully entertaining personality to the entertainment industry.
Larry Lanehart or LA LA as he is called has captivated Audiences Throughout the Country with appearances on such shows as HBO's Def Comedy Jam, Showtime at The Apollo, A&E's Evening at the improv, 7 Years in a row on BET"s Comic View, as well as Various MTV Specials and Stand up performances at many of the best known comedy Venues in America.
Not only is he a Great Stand up Comedian, but Also a popular crowd Pleasing Host and Actor. He WAS host of the "The War on Comedy" brought to you by the Emmy Award winning producers of HBO"s hit Show "TAXICAB CONFESSIONS".Larry has appeared on the Hit Series "Party Down" on Starz and Currently on the Starz App.He also appeared in A Kings Hawaiin Bread Commercial, which was a Hit
La La has shared the stage with some of the best known Celebrities in the world including THE TEMPTATIONS, THE DRAMATICS, IKE TURNER, JOHNNY GILL, GEORGE WALLACE, CHRIS TUCKER, MARK CURRY, SINDBAD, and he Toured for a Year as the Opening Act for the Kings of Comedy DL HUGHLEY
Raised as an only child in Vallejo Ca LA LA always knew that he wanted to Entertain.His Exhilarating on stage presence is a natural part of his friendly fun loving persona, it allows him to connect with audiences of all ages and ethnicities. Larry has hosted the Reno/Tahoe Blues Festival for 6 Years. he has introduced some of the Biggest names in the Music Industry Such as Patti Labelle, The O"Jays,Gladys Knight, Lenny Williams, Betty Wright, Chaka Khan, just to name of few
Larry is a College Graduate with a Bachelors Degree in Radio Televison & Film. La La's Ambitions combined with his Unique mixture of talent and comedic vision will most certainly reward him with fame and fortune, and Ultimately assure him a place high among the greats of entertainment history, Follow him on instagram

Congratulations on a SOLD OUT show to Larry LaLa

Get ready to have some of the best comedians in the business make you laugh your hearts out.

We can't wait to see you there!