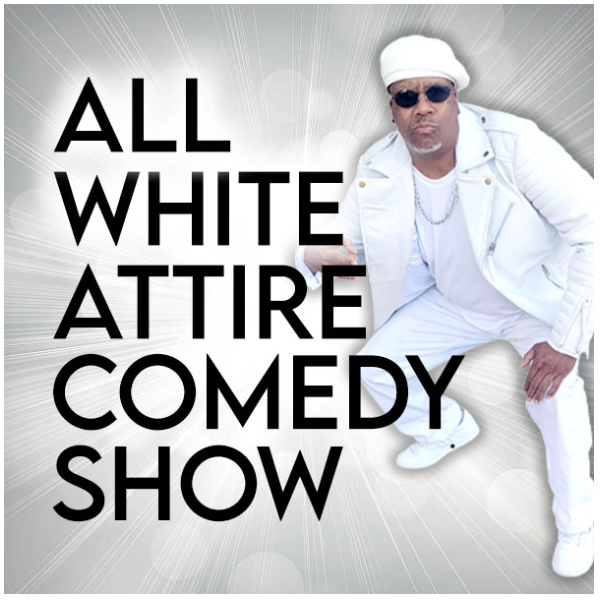 Its Larry La La's All Dressed in White Comedy Show !

Grab Your All White Outfits and Come Celebrate The Beginning of Summer With Larry La La And his Friends as Everyone on Stage and the Audience Will be Dressed in White. You just might meet Snow White...

Doors open at 6:30 for your convenience, VIP Booths get priority entrance.

(Only 5 VIP Luxury Booths available for up to 4 guests, VIP's get priority entrance)

If show is sold out and you arrive late there is no guarantee your party will be able to seat together so please if you have a group of 4 or more try to arrive early.

You know what this means...all in white to kick off Summer time with a fantastic comedy show! 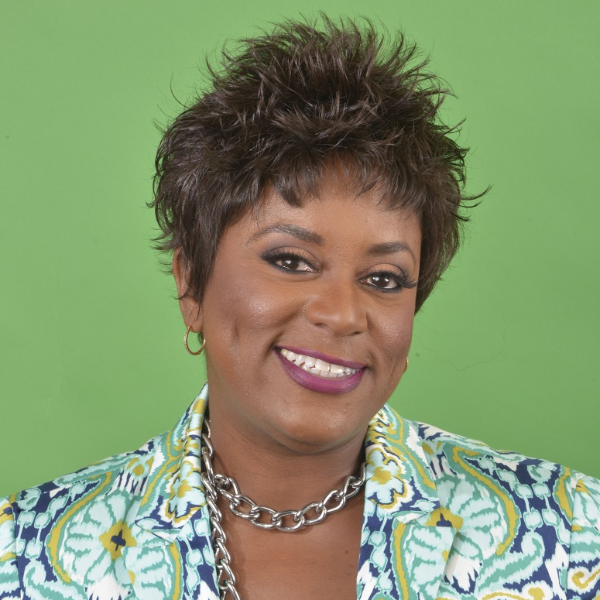 From New York City’s hottest comedy clubs to Chicago and all of California coastline from San Francisco to San Diego- McKnight’s extensive list of credits include the Apollo Comedy Hour, Bet’s Comic View, and the Tom Joyner Morning Show. She has hit the airwaves as a guest-host on L.A.’s Power 106 with Big Boy, and Lee Bailey’s Radio Scope.

Annie recently performed in the Big Black Comedy Show, and in Eve Ensler’s The Vagina Monologues directed by Penny Marshall, and opened for Martin Lawrence, appeared on the Tonight Show, and Bet’s sketch comedy show The Way We Do It!

This talented actress has among her film credits appearances in Crimes of the Heart starring Sissy Spacek and directed by Bruce Beresford, Two Degrees, and Hair Show produced by Jeff Flannagen and Magic Johnson.

Annie McKnight earned a Bachelor of the Arts degree in Theatre from Columbia College and appeared in several theatre productions including Macbeth, Purlie Victorious and Negritude. 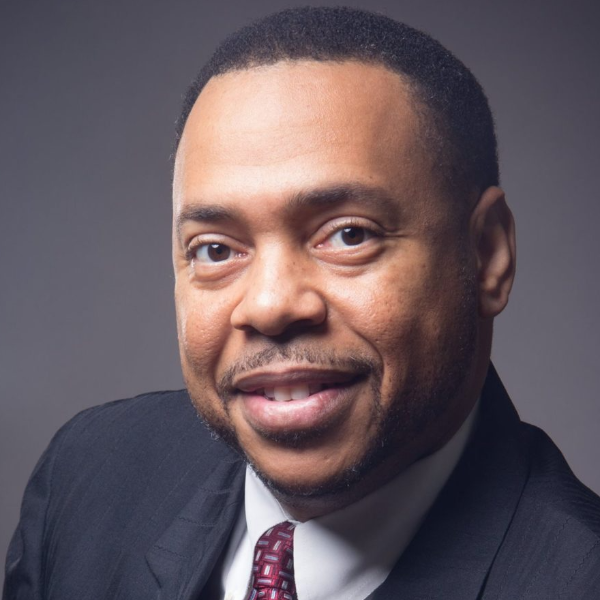 The Ultimate Entertainer, Jammin Jay Lamont. Jay was born as a preacher's son in Oklahoma City OK. Growing up as a kid he would make all kinds of sounds to make people laugh and cheer. When he left Oklahoma he moved to Houston TX where he worked as a Radio personality for several years until one day he realized that his calling was the big stage. So Jay packed up the car and moved to Los Angeles to take his show to the stage. His stage show is so unbelievable that he receives standing ovations night after night no matter where he performs. Jay's secret recipe to his success is his ability to perform in front of any type of audience by adapting his show to fit their expectations. His show is one of a kind as he is a clean upscale entertainer that mixes a dash of comedy with a sprinkle of impressions and a handful of music creates the ultimate experience. 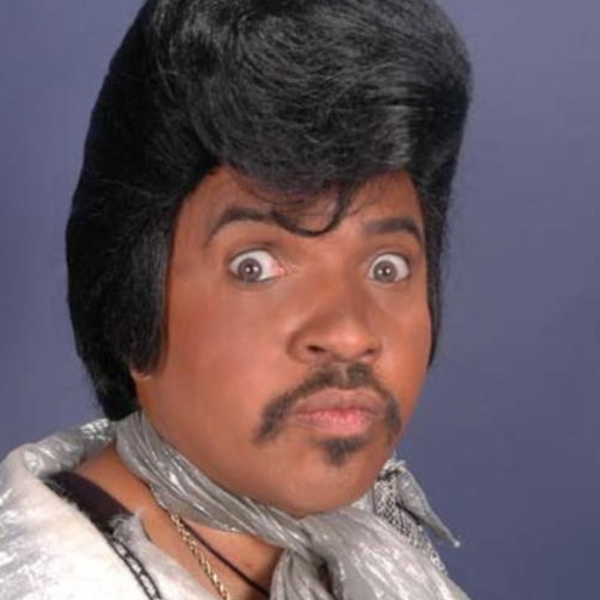 Lamont is a versital clean comedian.From comedy clubs to churches or from prisons to fundraisers..Lamont's quickwit hilarious anticks have earned him a loyal following.He's been featured on tbn's praise the lord, (comedy specials) shown in over 80 countries. He's appeared on bets comicveiw and on martin lawerence presents (first ammendment on the starz network).His hilarious character(rev monty b sharpton) has performed in churches all over the u.S. His ghetto magic routine(magic on a budget) is a hit for all ages. He is a two time finalist in the ultimate laff down.He has received standing ovations from las vegas to new york. If you want somthing differant and fun, then lamont is a must for your event!!! He landed the role of the pro.other in the upcoming feature film "8 days Carlo" and I n the upcoming TV Series Fifty and Over Club. 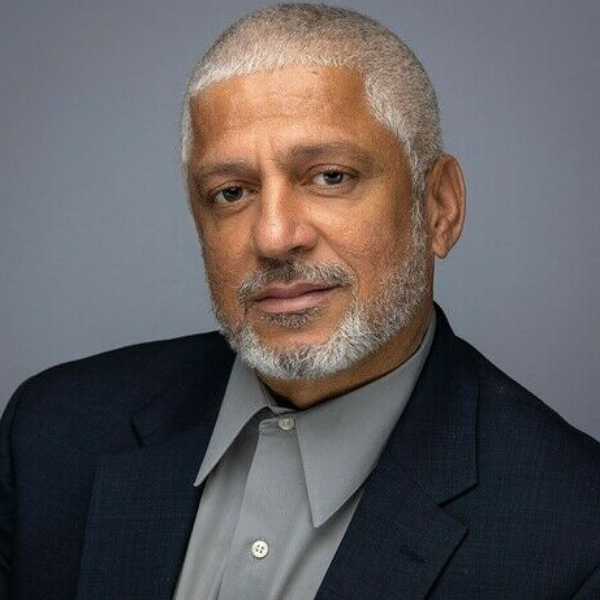 Donald E. Lacy, Jr. is a writer, director, actor, comedian, and radio talk show host. As a comedian he was inducted into the Bay Area Blues society Hall of Fame in 2013. A S. F. S. U. alumnus, Donald holds a B. A. Degree in Theater Arts, (with a film minor). His T.V./Film acting credits include: Cherry with James Franco, which was released in 2012, The Other Barrio in 2014, Denny on the NBC show Trauma in 2010, "Jack", directed by Francis Ford Coppola, "Blood In, Blood Out", directed by Taylor Hackford, "L.A. Heat", "Hangin' With Mr. Cooper" on ABC, "Wolf" on CBS. Stage Credits include: a 25 city tour with The Miles Davis Experience through Thanksgiving 2011, “Gem of the Ocean” as Solly 2 Kings, Whining Boy in the “Piano Lesson”, Multiple characters in “Peoples Temple” about Jonestown, Gambol in “Nobody Move” Alleluia at Intersection, “Hairy Ape", "Good Person of Szechwan" at Berkeley Repertory Theater, and as Carlyle in "Streamers". In 2006 he appeared in “The Shelter” at the Odyssey Theater in Los Angeles, under the direction of Valery Belyakovich of the Moscow Art Theater. He also appeared in Naomi Izukas adaptation of “Hamlet” as “C”, directed by Jonathan Moscone. Other credits include: “Jitney”, by August Wilson at the Lorraine Hansberry Theater, as Bennie in “Hotel Angulo”, at the Intersection for the Arts, “Soul of A Whore” by Denis Johnson, and “Fists Of Roses” by Phillip Kan Gotanda. Directorial credits include: "Montage of a Dream Deferred"; "Boseman & Lena"; “Streamers"; "The Dutchman"; "Homebase" & "The Loudest Scream You'll Never Hear". As a playwright, Mr. Lacy has produced several of his plays including: "The Loudest Scream You'll Never Hear", a drama based on the Atlanta child murders; "Homebase", a tragic comedy about crack-cocaine addiction, and his National touring One Man Show “Color Struck”, now in its 6th year. He also premiered "LoEshe" at the 1998 Afro Solo Festival, about the life and untimely death of his 16-year-old daughter. In 2011 Donald presented his second One Man Show “Sexphobias” at the National Black Theater Festival. In 2013 he presented his new One man show; How Did The World Get Here?
He wrote for Jamie Foxx’s pilot “These Nuts” for which he was also the acting coach. Donald has written 3 feature films: “What Goes on When the Mike Goes Off”, “LoveLife”, and “Romeo and Juliet Gettin’ Busy”. As a filmmaker he has received a Bay Area Cable Excellence Award and a Black Filmmakers Hall of Fame Award for his Public Service Announcement “Precious Gift.” Donald wrote and directed a short film in 2011 called Recycle Woman which was shown at the DeYong museum in 2012 and selected for the 2013 Oakland International Film Festival.
Mr. Lacy traveled on a 75-city tour with the Harlem Globetrotters as "The Voice”. Donald Lacy as a comedian has been seen on BET's "Comic View and HBO's "Def Comedy Jam". He has 2 comedy CD’s “Uncensored”, & “Free Speech Costs Plenty”. Mr. Lacy spent his Thanksgiving holiday in 2001 entertaining the troops abroad on a Far East tour that included; Japan, Okinawa, Korea, Singapore, & Diego Garcia. He returned on the same tour in 2004. As a headliner, he has appeared in clubs from Chicago, to Kaiserslautern Germany. In 2007 his one-man show, “Color Struck” was a runaway hit at the National Black Theater Festival in Winston- Salem North Carolina. “Color Struck”, by invitation from Congresswoman Barbara Lee, was also performed at the 2007 Congressional Black Caucus in September. In 2008 “Color Struck” returned to the Congressional Black Caucus for a encore performance.
Since 1979, Donald is a weekly announcer Saturdays 7 AM-12 noon on KPOO 89.5 F.M. , and fill-in host on KPFA 94.1 F.M. In 2007 he was honored by the American Red Cross, and in 2008 the Titan Award For Acting from Theatre Bay Area. He received a broadcasting award in 2010 from Artists By Design, and in 2012 received a broadcasting award from BayView Newspaper 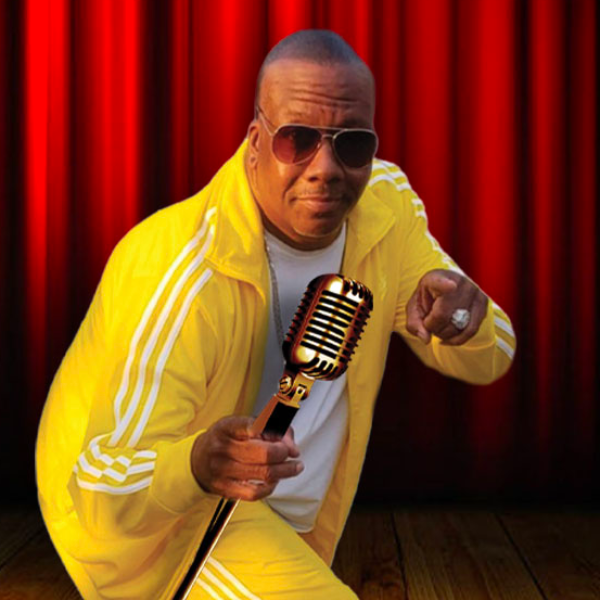 Combined with his experience in radio and Television has brought a delightfully entertaining personality to the entertainment industry.
Larry Lanehart or LA LA as he is called has captivated Audiences Throughout the Country with appearances on such shows as HBO's Def Comedy Jam, Showtime at The Apollo, A&E's Evening at the improv, 7 Years in a row on BET"s Comic View, as well as Various MTV Specials and Stand up performances at many of the best known comedy Venues in America.
Not only is he a Great Stand up Comedian, but Also a popular crowd Pleasing Host and Actor. He WAS host of the "The War on Comedy" brought to you by the Emmy Award winning producers of HBO"s hit Show "TAXICAB CONFESSIONS".Larry has appeared on the Hit Series "Party Down" on Starz and Currently on the Starz App.He also appeared in A Kings Hawaiin Bread Commercial, which was a Hit
La La has shared the stage with some of the best known Celebrities in the world including THE TEMPTATIONS, THE DRAMATICS, IKE TURNER, JOHNNY GILL, GEORGE WALLACE, CHRIS TUCKER, MARK CURRY, SINDBAD, and he Toured for a Year as the Opening Act for the Kings of Comedy DL HUGHLEY
Raised as an only child in Vallejo Ca LA LA always knew that he wanted to Entertain.His Exhilarating on stage presence is a natural part of his friendly fun loving persona, it allows him to connect with audiences of all ages and ethnicities. Larry has hosted the Reno/Tahoe Blues Festival for 6 Years. he has introduced some of the Biggest names in the Music Industry Such as Patti Labelle, The O"Jays,Gladys Knight, Lenny Williams, Betty Wright, Chaka Khan, just to name of few
Larry is a College Graduate with a Bachelors Degree in Radio Televison & Film. La La's Ambitions combined with his Unique mixture of talent and comedic vision will most certainly reward him with fame and fortune, and Ultimately assure him a place high among the greats of entertainment history, Follow him on instagram

Its Larry La La's All Dressed in White Comedy Show !

Grab Your All White Outfits and Come Celebrate The Beginning of Summer With Larry La La And his Friends as Everyone on Stage and the Audience Will be Dressed in White. You just might meet Snow White...

Doors open at 6:30 for your convenience, VIP Booths get priority entrance.

(Only 5 VIP Luxury Booths available for up to 4 guests, VIP's get priority entrance)

If show is sold out and you arrive late there is no guarantee your party will be able to seat together so please if you have a group of 4 or more try to arrive early.

You know what this means...all in white to kick off Summer time with a fantastic comedy show!